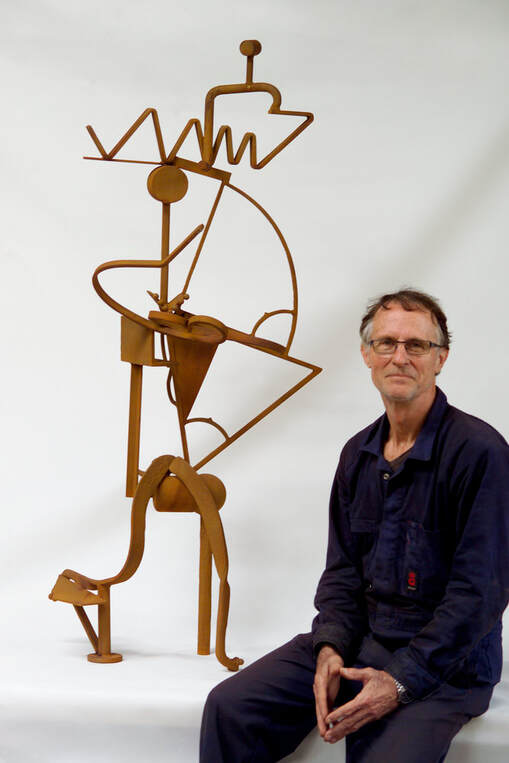 To have reached full maturity as an artist during the early twenty-first century, a period he describes as baroque in its celebration of false sentiment and mass spectacle, may not have been Michael Buzacott's first choice. He is a critic of the time he inhabits, and there is a desire to rattle the cage, perhaps even some disquiet regarding the society of his fellow human beings in certain works in this exhibition. But the baroque spirit is not entirely anathema to him, for it delights in invention. In Buzacott's disruption of the classical view of the body, his wielding of the caricaturists' scalpel, we have a vision of the human subject that belongs utterly to this moment even as he reaches outwards for the puzzle-pieces of a different future.
JOE FROST, Roy Jackson + Michael Buzacott, Heads and Figures, 2016

"I want to keep the traditional genres open and active. Portraiture, still-life, landscape, figure and historical subjects ... I regard as aspects of my life, coming from life ... History and tradition are there to keep me afloat and connected."
MICHAEL BUZACOTT, Drill Hall Exhibition, 2015